Putting human dignity and empathy at the heart of health care solutions.

Innovation and technology that make a real difference to people.
HMCARE

HMCARE is a start-up that uses innovation and technology to provide human solutions for healthcare.

With face masks causing significant stress and discomfort among patients of all ages unable to see the facial expressions of their carers and emotionally connect, HelloMask meets a very particular medical need. Better communication and greater empathy between carers and patients.

The transparent HelloMask enables and enhances safe verbal and non-verbal communication in medical settings while meeting health and safety protocols.

Created in early 2020 by four HelloMask Founders with diverse skills, experience and backgrounds, HMCARE SA is headquartered in the Swiss city of Geneva.

We are partnering with the Geneva University Hospitals (HUG), which has supported the HelloMask journey from inception to development, to try out our prototypes in clinical settings. 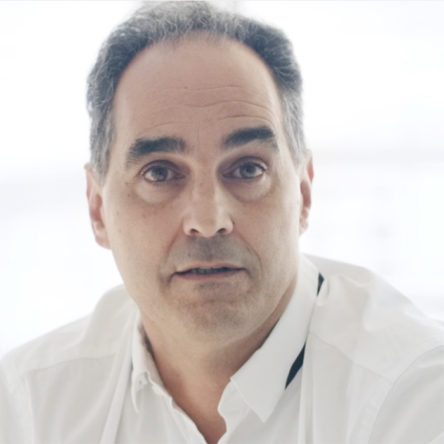 Dr. Thierry Pelet is an expert in molecular virology. After gaining his PhD in this field in 1996 at the Faculty of Medicine of the University of Geneva, he did post-doctoral studies at the Clinical Research Institute in Montreal before working as a senior scientist in several virology laboratories.

In 2005, Thierry founded Viroblock SA, a Geneva startup company that developed an innovative broad-spectrum antiviral technology now being used for a new antiviral protective mask. After serving as Viroblock’s Chief Executive Officer until 2010, Thierry became its Chief Scientific Officer until 2016.

Since 2017, he has been Project Leader for HelloMask. An ambitious collaboration between two of Switzerland’s leading technological institutions (EPFL and Empa), HelloMask is a brand new type of surgical mask that is both transparent and medically safe.

Thierry’s expertise in mask technology is much in demand. In 2020, he joined  the Scientific Board of HeiQ, a Swiss innovation textile company, to guide and facilitate the worldwide launch of Viroblock technology. He is also member of the ReMask group of the Covid-19 Swiss Task Force. 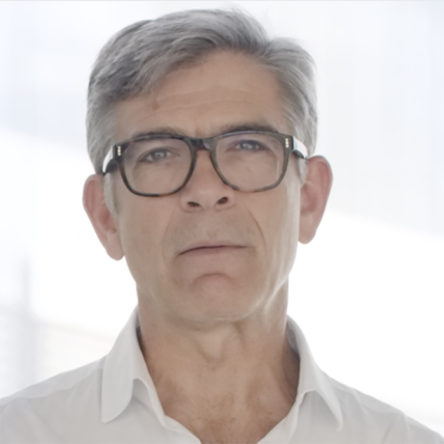 Dr. Sacha Sidjanski, studied biology in Geneva, worked on infectious diseases at the Swiss Tropical Institute (Basel, CH) and at New York University (NYU, USA), followed by two post-doctoral works at SUNY (State University of New York) and at Pasteur Institute (France); he then joined the World Health Organization (WHO) at the end of 1999 as a ‘scientific officer’.

Sacha was also involved in a not-for-profit foundation, Innovative Medicines for Tuberculosis (iM4TB) pro bono based in the Innovation Park on the EPFL campus.

In 2016, Sacha and a team received the Challenge Debiopharm-Inartis for an innovative project, the Hello Mask Project, in the field of healthcare targeting physical and moral comfort of patients. 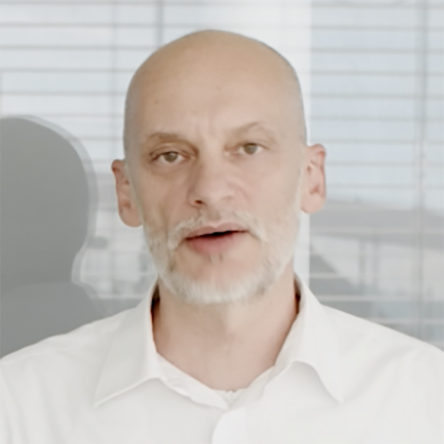 Director of EPFL’s EssentialTech Centre, host of the HelloMask Project during research and development.

Director of EPFL’s EssentialTech Centre, which hosted the HelloMask project during its research and development phase.

Klaus Schönenberger’s whole career has been invested in developing new medical devices. After gaining a PhD from the Ecole Polytechnique Fédérale de Lausanne (EPFL) and post-doctoral research at Lawrence Livermore National Laboratory in the USA, he joined the medical devices industry.

For 10 years, he held various senior positions as Director and global Vice-President of Research and Development with US companies, including California-based DJO Inc. In 2009, he left the industry to create the EssentialMed Foundation, which aims to make access to medical technology universal by developing and deploying high quality, affordable devices for the developing world. In 2011, Klaus joined the EPFL to initiate and lead EssentialTech, a programme with the same goal, which expanded to more technology domains.

By December 2018, the programme’s remit had significantly developed to now become the EssentialTech Centre with a mission to harness science and technology to drive sustainable development, support humanitarian action and foster peace – with Klaus as its Director. 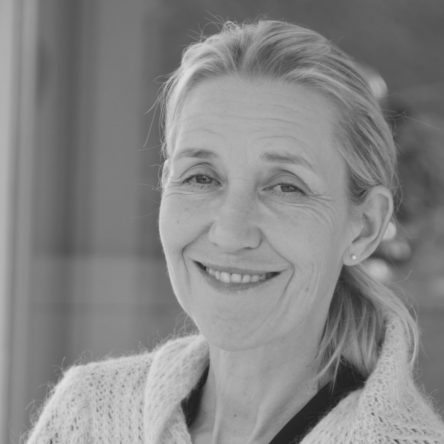 Initiator of the transparent mask concept.

After studying History at university, Diane opted for career in dance while simultaneously training in the Feldenkrais Method of movement and learning about Neuro-Linguistic Programming (NLP) and Transactional Analysis.

A road accident brought her back to history, particularly to the little life stories that make up the history of the world. Her experiences led her to become a storyteller for children hospitalized with blood diseases or cancer and for patients in hospices. Ever versatile and focused on children, Diane also trained as a resource person for positive discipline in schools.

She is currently training in alternative and energy medicine for animals and their guardians.

It was a chance encounter at a dinner with mutual friends several years ago that led first to the development of HelloMask and then the creation of HMCARE.

Sacha Sidjanski from the School of Life Sciences at the world-renowned Swiss Federal Institute of Technology in Lausanne (EPFL) and Diane Baatard, a storyteller for hospitalized children, were discussing the difficulty of sharing emotions and empathy with her young audiences when recounting her stories. The children could hear her words, but not the tone. Nor could they see the facial expressions so critical for storytelling because of the surgical mask that covered most of her face.

Diane’s desire for a mask allowing her to better communicate with the children, while still protecting them and her from harmful pathogens, sparked the idea for a safe, breathable but transparent mask.   Their research showed that such a product that also met hospital standards simply did not exist on the global market.

The idea now had legs and Sacha, working in one of the best technological institutions in the world, involved EPFL’s EssentialTech Centre and its Director, Klaus Schönenberger.  Already engaged on a research project aiming to redesign personal protective equipment (PPE) for deadly emerging diseases such as Ebola, it made sense for EssentialTech to host this new and complementary project with enormous potential – now named HelloMask.

The project would be led by Dr. Thierry Pelet, a scientist with a proven and successful track record in face mask development and production. His scientific, regulatory and manufacturing knowledge and skills in the face mask industry would be vital to bringing HelloMask to life.

The project also become a scientific collaboration between EPFL and Empa of St. Gallen, drawing on complementary and multi-disciplinary strengths of two major technological institutions in Switzerland. It’s a partnership that has won acclaim and prizes.

Scientific grants and philanthropic donations from 13 partners have since enabled the HelloMask team to develop the complex technology that delivers transparency, breathability and medical safety.